Some years ago in the eighties, I recorded a concert off the TV (around 1985-ish) and it was brill – Sheffield Hall I think. Are there any live videos available of OMD from the late eighties? If so, where can I buy one?

The Sheffield documentary was never made commercially available, however, there was a live OMD video available back in 1982. Live At The Theatre Royal Drury Lane captures OMD in concert during the Architecture And Morality period. Although the video is no longer being produced, you could probably source one by patient browsing of second hand record dealers or on-line auctions.

What about a promo for ‘Bunker Soldiers’. Does that exist?

" ‘Bunker Soldiers’ was never a single therefore there was no promo video made for it but The Old Grey Whistle Test (famous UK music show) on BBC2 in 1980, when the album came out, did play the track and put a visual together made of edited bits of World War 1 footage of soldiers in trenches and things and I remember it being quite good. If anyone’s actually got a copy of it can they send it in because I would love to see it. " – Andy

Why did you pick Southend-on-Sea and the picturesque (hahaha!) Canvey Island as the locations for the video of ‘Walking On The Milky Way’

"We didn’t pick it basically, it was the director Howard Greenhalgh. He had an idea for the images he wanted to use and some of the juxtapositions of image and Southend was easy to do and there were some pretty surreal images that they managed to get in Southend-on-Sea and Canvey Island behind me. It was great and with the post-production effects – I mean OK people who go to Southend-on-Sea and Canvey Island know what it looks like, but to other people it just looked great. It was one of the best videos I’ve ever made in my life. " – Andy

I recently saw a video of ‘Joan of Arc’ on VH1.  I thought I recognised the old Abbey it was filmed at.  Could you please tell me was it Fountain’s Abbey in North Yorkshire?

The video you saw was for ‘Maid Of Orleans’ and it was indeed filmed at Fountain’s Abbey in North Yorkshire.

Who directed the new ‘Enola Gay’ video?  What are the release plans for this video (if any?)

"The video (as those who have seen it know) was just a rehash of old images – Virgin Records being cheap again." – Andy

Will the world ever see the ‘Red Frame/White Light’ video?

Why was a video for ‘Speed Of Light’ done when it was not released as a single?

The video for ‘Speed Of Light’ was filmed specially for a UK afternoon music show called The O Zone. The programme liked to present different approaches to bands, hence the use of an album track rather than the more obvious use of a single. 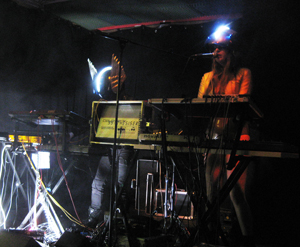