2003 saw Mal Holmes working with singer Jo Mooney on a series of songs that captured a soulful, reflective element. This archive interview reveals her thoughts at the time…

Can you tell me a little about your background and interest in music?

Well I’ve been interested in music right from an early age – probably been dancing before I could walk and talk! I didn’t actually develop my own individual tastes until I was about 13 when I got my own radio and stuff in my room. But I’ve studied GSCE music and I’ve a got a degree in contemporary art.

Influence-wise, I’ve always been into Michael Jackson really right from an early age. He’s taught me how to dance and perform because I consider him a great talent when he is on stage. My music tastes vary from classical music straight through to avant garde including all kind of genres of modern pop music as well. Probably one of the most influential recent groups would be Lamb – I love their use of the voice, which is quite a raw sounding voice mixed with a lot of stringed instruments – like the double-bass or the cello – and the differences that creates really works well. Where you in any other bands or working with other artists prior to this?

Before I was working with Mal I’d been in a few groups, one in particular was Dracula’s Dentist – we were together for a few months and we did one gig. I’ve done a lot of other gigging, solo stuff mainly. I used to sing in The Vine Room with a singer/songwriter called Thea Gilmore.

How did you end up working with Thea Gilmore?

It was just a friend-of-a-friend going to see her performing once and then we all got chatting at the end of the first gig if you like and she was really into me just joining her and just getting up on stage. Obviously we would stick to our own performance styles and we’d do our own slots, but it would be a mixed time if you know what I mean. I would get up and do a couple of songs and then I’d sit down for a drink or something and she’d get up. It was really quite relaxed. We did start drawing in quite a few crowds and then as it progressed a couple of fiddle players would get up and we’d just have a bit of a jam and things like that. It was really good fun, I really did enjoy it.

So did that go on for a while?

It sounds like you’ve built up quite a bit of experience and that you’re going to be quite confident on stage.

Yeah I certainly come out of my shell on stage. I mean show me a room-full of people who I don’t know and I’m probably quite quiet until I was sure of myself, but it’s really performing in front of people that I certainly have no barriers whatsoever. Shake me old booty as they say! How did you meet up with Mal?

Again it was a mutual friend – someone in the pub where I worked and they were like: “You sing, don’t you?” and I was like “Well it has been known” . They said they knew someone who was into music and he thought it would be good for us if we met up and got chatting. So basically numbers were passed around and we contacted each other and arranged for an interview. I did this really crappy demo tape with my really shitty tape recorder! (laughs) It obviously did the trick because Mal could see through the low quality of it and could see what he could work on really. I did him a few that I’d written and then just an accapella version of another song just to show my voice off. He obviously seemed to like it and then we met up, had a bit of a drink and just agreed to work on things from there really.

So how did you get into the sound of the stuff that you’re doing at the moment?

I’ve always had eclectic tastes because of my background but I did like the idea of being able to express myself and also touch people at the same time. I suppose I like songs with more than one meaning in them so people can always find their own meaning in those songs.

Where would you like to see yourself in 5 years time? 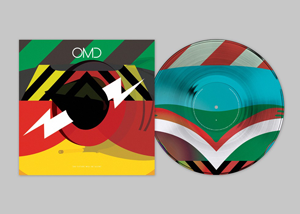 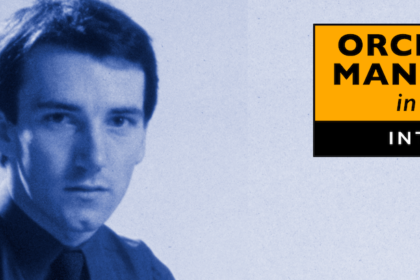 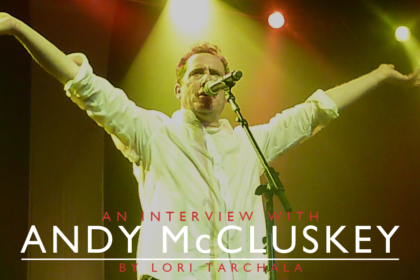