The early years of OMD were bolstered by the talents of Paul Collister who acted as the band’s first manager – as well as supplying the tape recorder known as ‘Winston’ that formed a crucial part of OMD’s sound. Post-OMD, Paul went on to manage another pioneering electronic band Dalek I Love You.

In 2004 Messages chatted to him about moving from a garage to The Gramophone Suite, Recording the OMITD album and the strangeness of Liverpool (and Wirral!) based band names…

What are your recollections of working on OMD’s debut album?

Well producing the first album was more than just sitting in a studio pushing faders. First we had to build the studio and, as the main technical as well as financial person in the group, most of this work fell to me. Andy and Paul left most of that to me while they worked on the material. I remember thinking how great everything sounded on our big JBL speakers in the Gramophone Suite, but I always had a horrible feeling we, mostly myself, didn’t really know what we were doing and that the end product would sound crap compared with something that we could have recorded at the manor or the townhouse.

However, it was very exciting. In a very short time we had gone from recording songs on Winston in my father’s garage, to building and using our own 16-track studio. Recording the album in the Gramophone Suite was very much part of the ethos of the group then. We wanted to spend the tens of thousands that had been allocated to the album on something that we could use. Building our own studio would give us some independence from the record company and if all else failed, at least we would have our own studio.

Were you satisfied with the final album and do you think it’s stood the test of time well? In retrospect we might have had a more polished album if we had gone elsewhere, and perhaps more chart success earlier on, but mostly I was satisfied with the album. I really like the rough edge it has. My production style, and also my poor studio engineering, created a rough ‘in your face’ edge to the music. Andy and Paul added more refinement. I never play the record much nowadays, but then I don’t rate much of the music that came out of the 80s.

It was exciting at the time to get away from drum/bass/guitar groups and mess with electronic instruments, but then I don’t feel we added much to that genre that Kraftwerk, Can and others hadn’t already explored. Saying that, the sleeve was fantastic, as was most of the stuff Saville did. I recently played the original single ‘Electricity’ out of curiosity and I was surprised how good it sounded after such a long time. I think that record is the main thing I can feel proud of with OMD.

It’s probably difficult to appreciate today, but what was it like attempting to get interest in an electropop band with a name like Orchestral Manoeuvres In The Dark in the early days?

What people might not realise is that Orchestral Manoeuvres In The Dark was not that odd a name for a Liverpool band, considering our contemporaries: A Flock Of Seagulls, The Teardrop Explodes, Echo And The Bunnymen and Dalek I Love You (which was almost called Darling I Love You). I am glad Andy changed the name from Hitlerz Underpantz and The Id, they were just silly and pretentious.

We all worked very hard to get the band publicity, Andy and I would often be out at night fly posting the streets of Liverpool with a poster he had designed and had screen-printed locally. However, it was down to the genius of Roger Eagle and Tony Wilson (and his wife) that OMD succeeded so easily. Anyone with a small amount of talent and a lot of ambition would have found it hard not to succeed in those days. It seemed if you hung around outside probe long enough you would eventually become successful.

I never thought OMD would be that successful, and to be honest I don’t think they were that successful. They were a great 80s band that were right for the moment, but tried to keep it going way past its sell by date. When most of the world was dropping E’s and chilling in Ibiza, Andy was still churning out electropop. It would be awful if Andy, Paul, Mally and Martin ever got back together and toured the way so many other 80s bands did. I saw the Bunnymen in London a few years ago and it was so depressing to see that they hadn’t moved on at all. I guess Andy doesn’t need to worry about the mortgage the way Mac might?

What’s the state of play with Winston at the moment?

Winston is alive and well and living in my flat in West Kirby. I did keep him for nostalgic reasons, but decided recently when I moved back here from London that I had had enough of carting him from house to house. I may put him up on eBay along with a box of old tapes I have from the period.

You were managing Dalek I Love You for a while. Was that radically different from working with OMD? Yes it was radically different. I had always had a passion for Alan Gill’s music, I used to sit in the Gramophone Suite until late many evening just playing the Compass Kumpass album loudly on the big speakers. I thought he was a real musical genius as opposed to Andy who was more of a very talented musical craftsman.

Managing OMD had become a nightmare, Andy’s ego was out of control and it had ceased to be fun; we had seemed to have lost sight of most of our idealistic visions and seemed hell bent on chart success.‘Enola Gay’ was proof of that so I decided to leave and felt honoured to be able to work with Alan Gill. Sadly, I soon learnt that working with Geniuses is even harder than working with Ego Maniacs.

I got Dalek a top notch deal with the head of Warner Brothers, one of the most powerful people in the industry, we had some of the best artists in the UK working with us and the band threw it all away, they didn’t want fame. Warner’s went ballistic and I called it a day in the music biz, preferring to work with Alan just for the joy of making beautiful music without any desire to market it.

Since then I have stayed close to Alan and worked with him on film music scores like Letter to Brezhnev and Blond Fist and a few dance records.

Can you tell us a little about what else you’ve been doing post-OMD?

Well I prefer to think of it as post-Dalek. It was around the time of Dalek that a good friend, Steve Cumberlidge, a man who played a large part in helping get the single ‘Electricity’ up to a suitable standard for release, introduced me to the micro controller. Steve was Hoylake’s answer to Bill Gates – or maybe Steve Jobs is less insulting. Anyway, from the minute I saw Steve’s LED’s displaying binary computational results I knew the micro was going to lead a revolution and I had to be part of it.

Because microcomputers like the Apple and the PC hadn’t been invented then, I had to design and build my own. I built a 8080 based CP/M PC and never looked back. I became a computer head, specialising in telecommunications, I worked on some amazing projects, the first lap-top, the first mobile phone and most recently I was the director of engineering at Opt-Tel where we led a revolution in telecoms.

These days I am working on VoIP products – a means of integrating voice over the internet with telephone systems and web based products. I don’t have much to do with the music industry anymore, however I do work with a charity called War Child, which is very music biz focussed. I spent 3 months helping to feed kids in Afghanistan right after the Taliban fell in 2002. I love sailing and plan to sail around the world solo just as soon as my two kids bugger off.

Yesterday, my daughter picked up a Fender Strat for the first time and apparently she is a ‘natural’. Much as I’m happy she is so at home with a guitar, I’m dreading her asking me to be her manager. Been there, done that, got the tee shirt, never want to go back into that ego infested world again thanks. 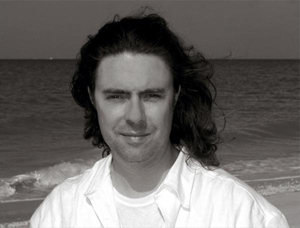 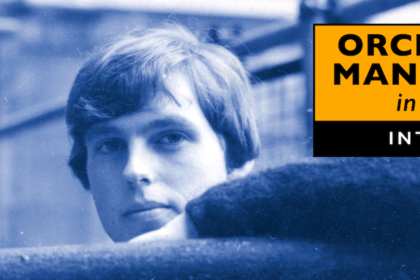