Heaven is the girl

The design of a record sleeve can be a difficult and time-consuming process in which initial inspirations can falter when executed as visual ideas. This was probably never more true than when applied to the sleeve design for the 1993 album Liberator...

As an album, Liberator had a few problems before it even got out of the starting gate. It's biggest hurdle was to match the success of 1991's Sugar Tax - an album which had seen OMD's triumphant return to the charts, along with a timely reassessment of the band's place in the UK music scene.

Liberator had taken its title from the name of a World War II bomber plane. Growing up, Andy McCluskey had been part of a generation seeped in post-war culture and was particularly drawn towards the airplanes that saw active duty during World War II. In particular, the B-24 Liberator resonated with the young McCluskey, particularly the crude simplicity of the plane. “I think I liked the primitiveness of the Second World War aeroplanes" Andy commented in the 1988 biography Messages, "I always like machines that reflect a certain humanity – you can see how they’re made, and you felt they could become unmade at any minute!”.

The B-24 Liberator forged its legacy as the most-produced American military plane. Despite this, the Liberator was considered difficult to fly, had poor formation-flying characteristics and was also more prone to battle damage due to its lightweight construction and the decision to place the fuel tanks throughout the upper fuselage. Aircrews generally preferred the earlier (and more well known) B-17 Flying Fortress. In many ways then, the Liberator album reflects the airplane that inspired the name!

Initially, Liberator's sleeve design began as a concept built around the idea of 'Bomber Girl' artwork. A popular concept for warplane crews during World War II was to paint inspiring artwork onto the nosecone of the plane. This was often something as simple as the name of the plane - as was the case with the 'Enola Gay' - but elaborate artwork featuring glamour girls was also very popular. 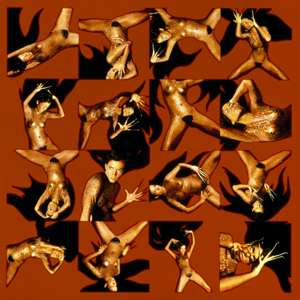 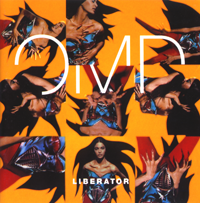 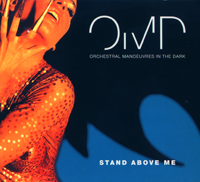 But the idea of using this for the Liberator sleeve design fell out of favour when the concept was given more serious consideration, as Andy McCluskey mused: "You couldn't copy a Vargas-style Bomber Girl, it's all been seen before 50 years ago. What relevance has it to the 90s?" There was also a concern that the design would become the primary focus for the album - a statement about 'The Girl' when it was simply being used as a strong image.

An alternative inspiration was put forward by Area (OMD's then sleeve design company) who showed Andy the work of photographer Stéphane Sednaoui (probably better known for directing music videos for the likes of Garbage, Depeche Mode and Björk) - in particular a striking image of a model wearing a metallic bodice with very bold colours. This visual idea wasn't a million miles away from the initial striking visual image of the Bomber Girl, yet was much more contemporary.

At first, Andy requested that Stéphane Sednaoui recreate the photograph as there was a concern that the original image might be too familiar to people. The images that were produced were certainly striking. The model was a 6ft tall Cherokee Native American from South Dakota. For the photo shoot she was dressed in a revealing bodysuit while her hands were embroidered with extended fingernails. The final images exaggerated her hair and the end result was amended and altered in various colour schemes to achieve the most effective result.

It couldn't be argued that the results of the photo session had a visual impact. But there was concern raised at meetings with the potential retail outlets that the revealing images were just a bit too risqué to be racked in typical high street retailers. Andy was also concerned about what people might say about the design: "What statement are OMD trying to make by having this semi-naked girl all over the sleeve?".

This resulted in a decision to go back and use the original photograph (although it's interesting to note that one of the reworked photographs of the second photo session was utilised for the sleeve design of first single 'Stand Above Me', although the choices were culled from the less risqué shots!).

As an album, Liberator didn't quite match the success of Sugar Tax. "Pleasant, disposable stuff" was how one contemporary review summed the album up. Liberator's completed sleeve design. which features a gridlike structure of chosen images, is certainly effective, although with the benefit of perspective it probably lacks the power and simplicity of previous OMD album designs.

This is a revised and updated version of an earlier article.