Home » Blog » Features » To The Best Of Our Ability 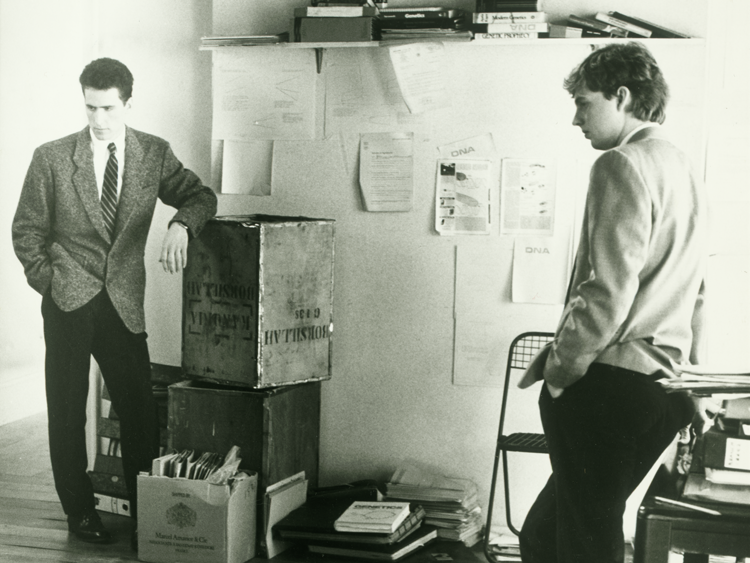 Andy McCluskey and Paul Humphreys pause to reflect during the shooting of the promo video for ‘Genetic Engineering’ in 1983.

Up to this point they had enjoyed an unimaginable success with Architecture & Morality, but unwilling to settle for simply repeating themselves they completely changed their sound. Dazzle Ships would prove to be a testing time for the band. Although confident that pop songs such as ‘Genetic Engineering’ would deliver, there were doubts that the experimental aspects of Dazzle Ships would win over both old and new fans.

Dazzle Ships had a significant impact on the band’s career, yet managed to remain a favourite fan album. ‘Genetic Engineering’ enjoyed a brief chart success – and an equally brief tenure in OMD’s live set. Despite the powerful impact of the live version of the song, the complexity of using a backing tape for aspects of the song saw ‘Genetic Engineering’ dropped for post-83 tours.

The promo video for ‘Genetic Engineering’ remains an enigma in itself. The song’s oblique lyrics must have been a tough test for any video director and the finished video remains as fractured and obscure as much as the Dazzle Ships album.