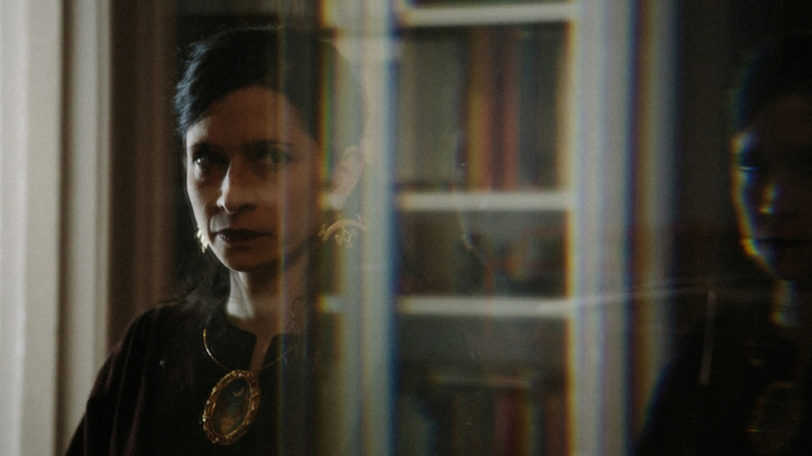 In times past, OMD have enjoyed contributions to the world of film and TV, whether it’s the addition of iconic songs such as ‘If You Leave’ to the soundtrack of Pretty In Pink during the 1980s or the crafting of more reflective moments, such as OMD’s composition of the title music to 1990s TV series For The Greater Good.

The lean-in towards the more thoughtful soundscapes of the latter is probably a key component to the band’s approach to other music projects, such as The Energy Suite. But a recent contribution to the world of film suggests that this talent for composition is an asset to the world of soundtrack work that presents an often neglected talent.

Female Human Animal is an odd film whose visual style (the film was shot on VHS) has an unsettling and often dreamlike quality. This is matched by the curious combination of documentary and drama that unfolds on screen which explores sexual dynamics, obsession and a recurring theme of surrealist paintings – in this case the work of English-born artist Leonora Carrington. With a well-established interest in the world of art, it’s not difficult to see how Andy McCluskey would have been attracted to this project.

THE DAUGHTER OF THE MINOTAUR by O.M.D. from jappignanesi on Vimeo.

The composition, titled ‘The Daughter Of The Minotaur’, received its live premiere at OMD’s recent RLPO concert. The slow build of the song and its dominant use of strings seems at odds with OMD’s electronic roots, but the end result is a primal, at times unsettling piece.

During a screening for the film in London, the film’s star Chloe Aridjis and director Josh Appignanesi fielding questions about the production. Our sister site Wavegirl reviewed the film and queried Aridjis on OMD’s musical contribution:

“It’s one of the many, many bands I listened to in the 80s. A few years ago, they played at the Royal Albert Hall – Dazzle Ships and Architecture & Morality – and my friend Andy Cooke, who did most of the soundtrack, an old friend of mine from university, very kindly invited me and my sister and a group of friends.”

“I enjoyed the concert so much, it was while I was working on the [Carrington] show, and on the way home my sister and I we looked up OMD and we saw that Andy McCluskey, the singer, collects art and lives in or near Liverpool. It was very easy to contact him via the Tate, because he’s a patron of it and he emailed back saying he’d gone to see the Leonora Carrington show twice and he loved it so much, that he’d be thrilled to be involved in some way to compose a track for the film.”

Female Human Animal is a compelling slice of cinema which has a slow, often brooding quality to it. OMD’s contribution enhances this in a haunting fashion. But read more about the film over on the Wavegirl site.