Final Song: A Tribute To The Music Of OMD 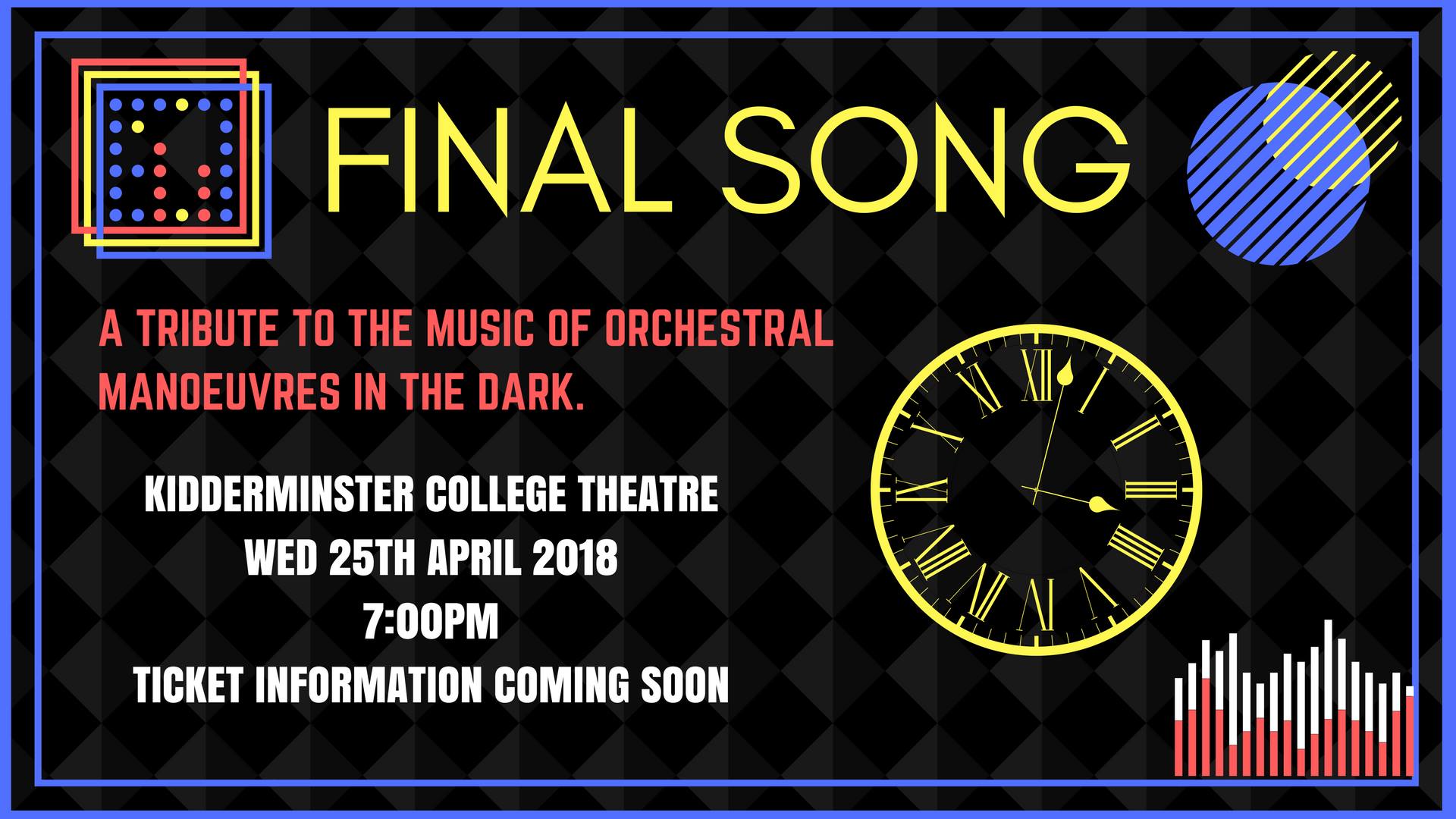 Kidderminster College Year 1 Music Performance presents ‘Final Song: A Tribute To The Music Of Orchestral Manoeuvres In The Dark’.

This is an exclusive, ‘one night only’ performance that will take place in the college theatre, therefore tickets for the event will be very limited.

Tickets for ‘Final Song: A Tribute To The Music Of OMD’ will go on sale at 9am on Friday 23rd March.

Also just a reminder to those planning on attending that doors will open at 6:00pm, and the show will begin at 7:00pm prompt.