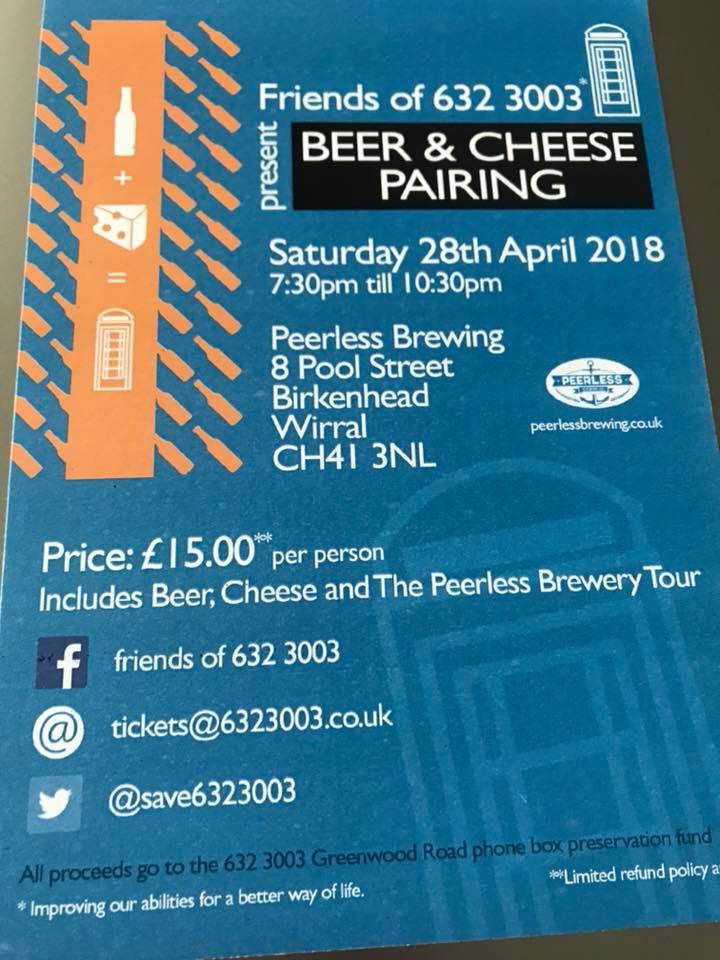 Join fellow OMD fans for a Beer & Cheese Pairing at the Peerless Brewery on the Wirral.

Organised by the Friends Of 632 3003 , who have sought to protect the legacy of the iconic ‘Red Frame/White Light’ telephone box, this event is designed to raise funds for the cause.

Tickets are £15, which includes beer, cheese and a tour of the brewery. All proceeds go to the 632 3002 Greenwood Road phone box preservation fund.